With almost two-weeks off over New Year’s, we paid Matt a visit in Denver. We took an hour drive northwest of Golden to Brainard Lake, an “ultra-popular” ski and snowshoe area. After navigating two-hundred of our closest friends, we started off on a ski-only trail that weeded out those of the snowshoe persuasion. Unfortunately, it only took fifteen minutes for the dogs’ feet to get too cold on the icy trail. We turned back to the crowd and left them in the car this round.

A frozen pond along the way called for us to see what it had to offer. Since we skied on a lake, even though it was frozen, can it still be called water-skiing? 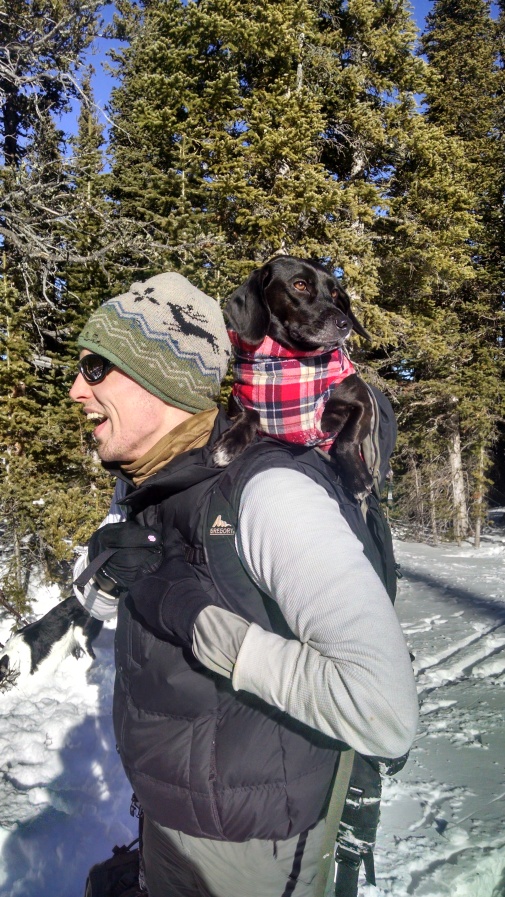 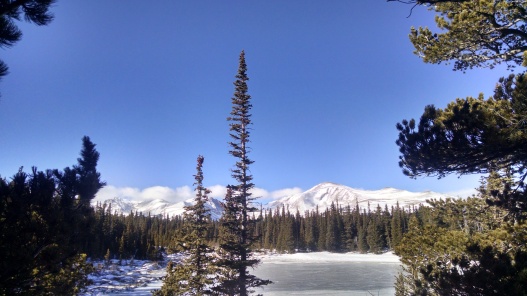 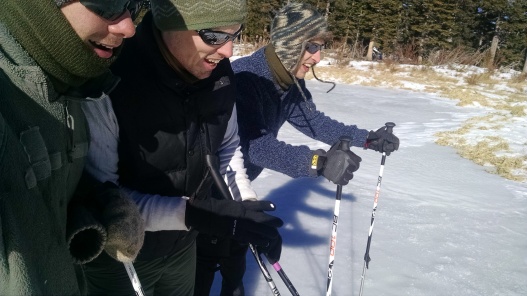 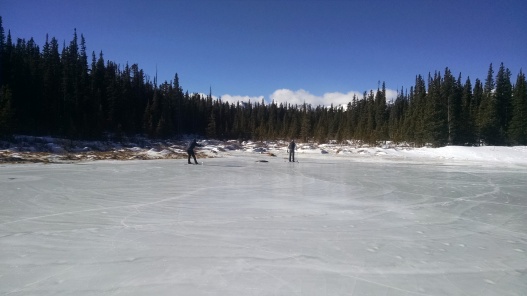 Once back to the apartment, we took the dogs out again to a near open-use butte. It was a pleasant get-away from the 3-million people to the east with the Rockies fronting the west and the Coors factory tucked in on the south. 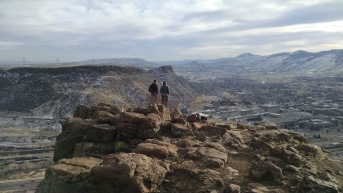 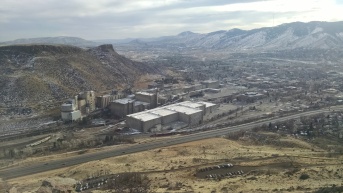 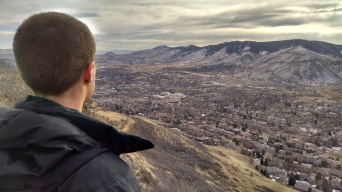